Home / Get Involved / About Us / Museum Videos

How do museums worldwide stay relevant in a cultural environment growing more and more competitive? The Best in Heritage Conference offers an opportunity each year to meet, collaborate and discuss topics in response to a changing audience. Organized in 2002 by the European Heritage Association, Best in Heritage is an international, annual conference of award-winning museum, heritage and conservation projects hosted every year in Dubrovnik, the UNESCO World heritage site. At the 2015 conference, held in Dubrovnik, Croatia, 28 laureates from 22 countries were proclaimed the best in heritage on national or international levels. The Sam Noble Oklahoma Museum of Natural History director Michael Mares was named a Best in Heritage Laureate and the museum was one of only two museums in the United States to be selected to present. Upon becoming director of the Sam Noble Museum in 1983, one of his chief efforts was to launch a campaign to build a proper facility to house the world-class collections. With support from the city of Norman, the people of Oklahoma, private donors, the Oklahoma Legislature and the University of Oklahoma, his 17-year effort culminated in one of the finest university-based naturally history museums in the world. As a Best in Heritage presenter, Mares shared the story and subsequent success of what is today the Sam Noble Oklahoma Museum of Natural History. Below is his presentation,”From Horse Barns to the White House: A Prairie Museum Wins the National Medal,” filmed in Dubrovnik, Croatia. 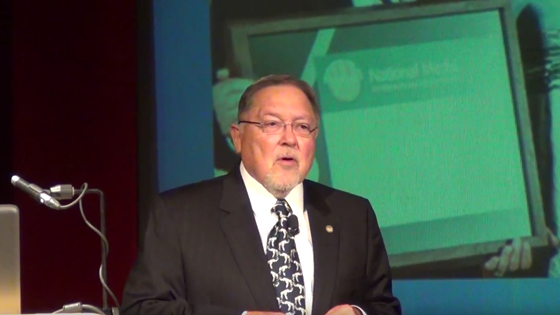 Sam Noble Oklahoma Museum of Natural History is the only natural history museum in the state of Oklahoma as well as one of the finest in the world. Housing over 10 million objects, many of which are sourced directly from Oklahoma, the museum offers visitors a gateway to the past. 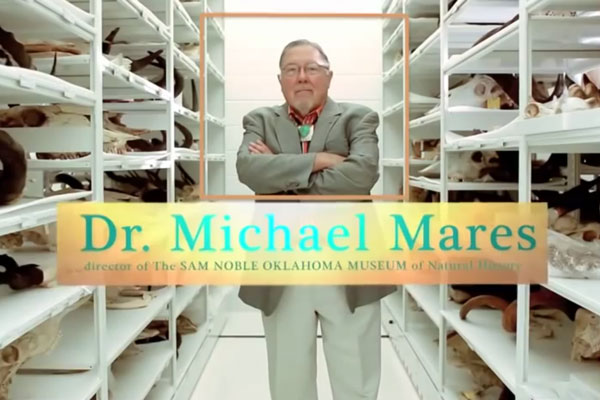 Video: Behind the Rain: The Story of a Museum

Produced by Sam Noble Museum director Michael A. Mares and Roberta Pacino, “Behind the Rain” tells the surprising and dramatic story behind the construction of The Sam Noble Oklahoma Museum of Natural History.

Behind the Rain: part 1

Behind the Rain: part 2

Behind the Rain: part 3

Behind the Rain: part 4