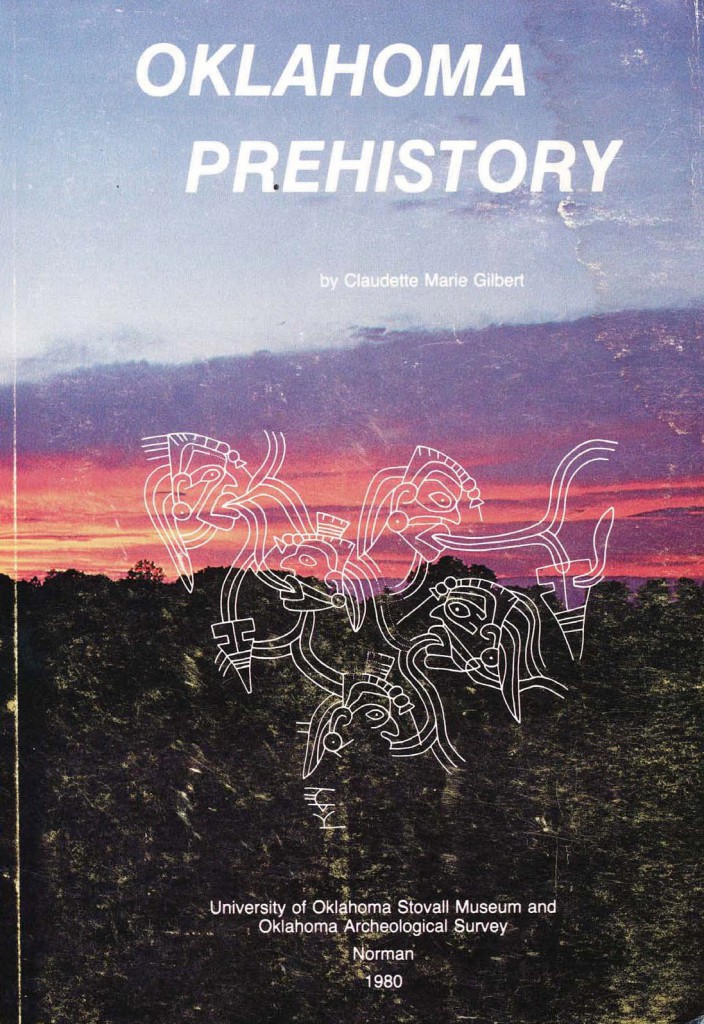 This booklet is an attempt to bring together information from the many scientific journal articles, reports, and monographs written on the various aspects of Oklahoma archeology. It is intended for the general reader with an interest in archeology but no previous knowledge of the subject. We hope that you will find this an interesting and entertaining account of Oklahoma’s prehistory.
Written history goes back only a few centuries, and that record sketchy at best; but people have lived in this state for thousands of years. Through archaeology, we can learn their story. Archeology is a branch of anthropology. It is the study of peoples and cultures of the past. We learn about these study of peoples and cultures of the past. We learn about these people by studying the traces they have left of their passing, such as tools, buildings, and other artifacts. Many artifacts are beautiful and important as works of art. Early archeologists, however, were interested in them primarily as a means of learning about the past. As the discipline matured, excavators demanded more detail. Modern archeologists carefully record information about the relative positions of artifacts, about in the soil, and many other factors.
The Lee Creek Ceremonial Center in northeastern Oklahoma is an excellent example of controlled excavation and by carefully recording each change in the soil, the archeologists at the site were able to determine the sequence of events involved in the construction of the mound.
Dating techniques have also improved. With the advent of radiocarbon dating, the samples of organic material yielded ages of 10,000-20,000 years old. Flourine dating, archeolomagnetism, and dendrochronology are just a few of the new techniques being used in dating. We may never know the complete story of Oklahoma’s past people, but future research will continue to expand our knowledge.