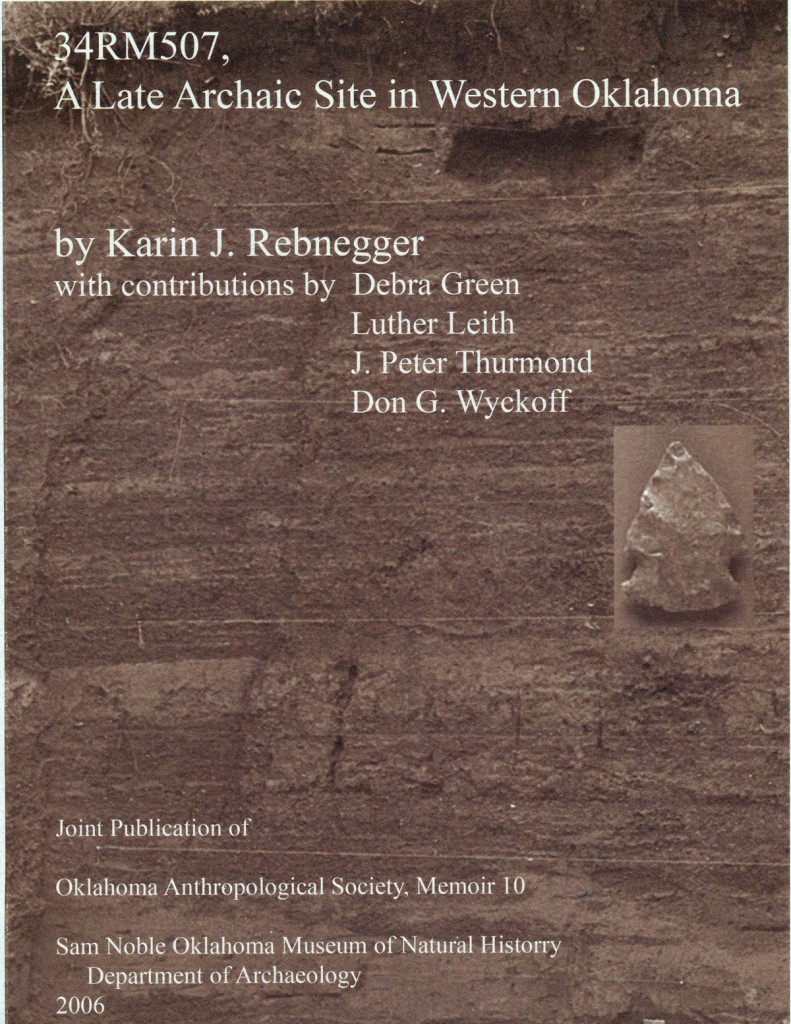 Archaeological site 34RM507 is located adjacent Higgins Creek, a small tributary to the Washita River in Roger Mills County, western Oklahoma. Surface collections there included artifacts diagnostic of a late Archaic encampment. Initial visits to the site resulted in the impression that the location had some contextual integrity. Consequently, the site was briefly tested. This work, and thorough studies of profiles exposed along the site’s west edge revealed that the extant deposits were greatly reshuffled and redeposited since late Archaic people camped there. Radiocarbon dates support the conclusion that this occupation occurred some 1900 years ago. The detailed recording of profiles along the site’s west edge also revealed the accumulation of nearly 25 feet of sediments. Much of this accumulation consisted of alternating layers of fine silt and shaly gravel. Radiocarbon dates from select layers indicate these accumulated between 2500 and 1600 years ago. Later, erosion cut gullies (that eventually refilled) 1900, 1400, and 1000 years ago. The recovery of land and some aquatic snails from many of these layers enabled a study of these invertebrates as proxy records of vegetation niches and the environment. This study ascertained that the location was slow to recover from the warm, dry climate prevalent between 8000 and 4000 years ago but that grasslands similar to today’s were becoming established after 2000 years ago. Despite the lack of contextual integrity, artifacts from site 34RM507 were intensively studied to gain perspectives on the lithic technology of the late Archaic inhabitants. A rather consistent series of large projectile points implicates no mixing from late prehistoric times. Located near two “lagged-out” deposits of Ogallala Formation gravels, site 34RM507 attests to the intensive use of Ogallala quartzite by late Archaic bison hunters. Moreover, this site is actually part, an activity area (?), of a complex of nearby spots utilized by these people. Finally, site 34RM507 is but one of a series of locations frequented along the Dempsey Divide by these people. Profiles and associated radiocarbon dates from such sites reveal that late Archaic bands were here during a dry, erosional interval, one that favored their trapping bison in deep gullies and winter camping adjacent spring-fed streams.