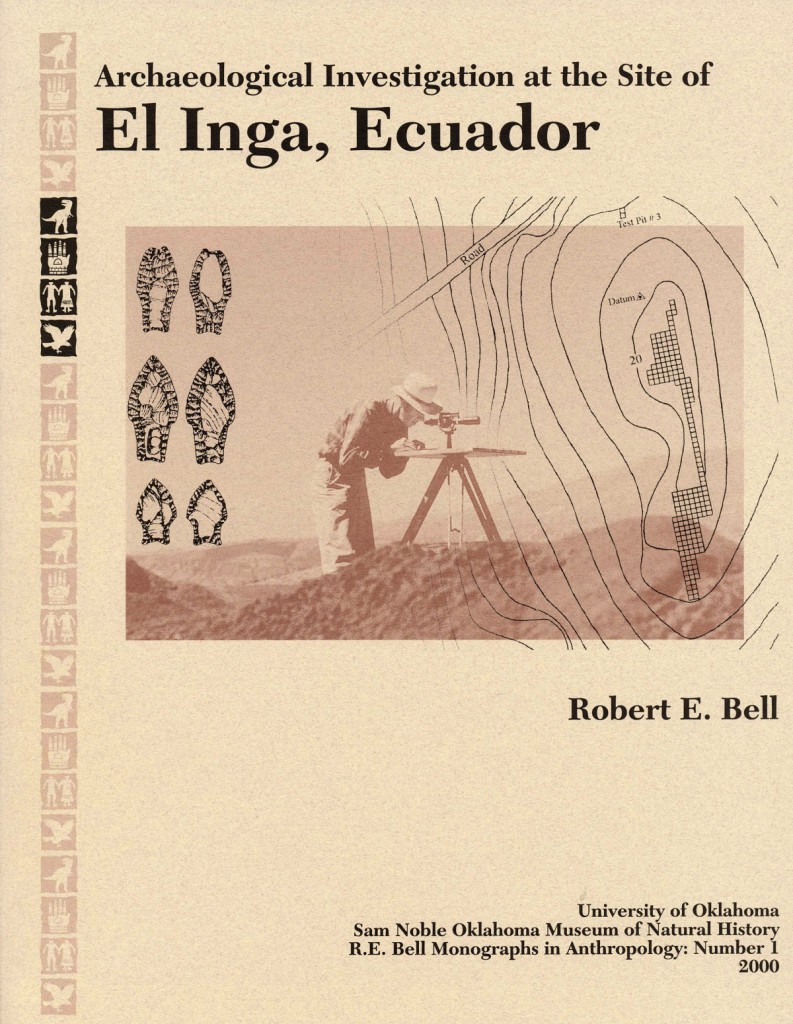 The archaeological site herein designated by the name of EI Inga was brought to the attention of Robert E. Bell by Mr. A. Allen Graffham of Ardmore, Oklahoma. While employed as a geologist in Ecuador, Mr. Graffham followed his archaeological interest as an amateur, and he made surface collections at the site during the early months of 1956. The discovery of projectile points, particularly specimens exhibiting basal fluting, stimulated his interest, and several visits were made to the site for collecting surface materials. Graffham’s previous interest in PaleoIndian remains and his experience with early man materials found in Kansas and Nebraska in the Central Plains led him to believe that the site was an important discovery. Consequently, upon his return to the United States, he brought his collection to Robert E. Bell at the University of Oklahoma for inspection. Bell also recognized the importance of the site collections and presented a paper reporting the finds at the annual meeting of the Society for American Archaeology at Salt Lake City, Utah on May 1, 1959. Several persons in attendance expressed enthusiastic interest, and Dr. Marie Wormington of the Denver Museum of Natural History and Dr. Joe Ben Wheat of the University of Colorado urged that further investigation be initiated as soon as possible. To make the data generally available, Bell (1960) prepared an illustrated note for Facts and Comments of American Antiquity based upon the best specimens in the Graffham collection.