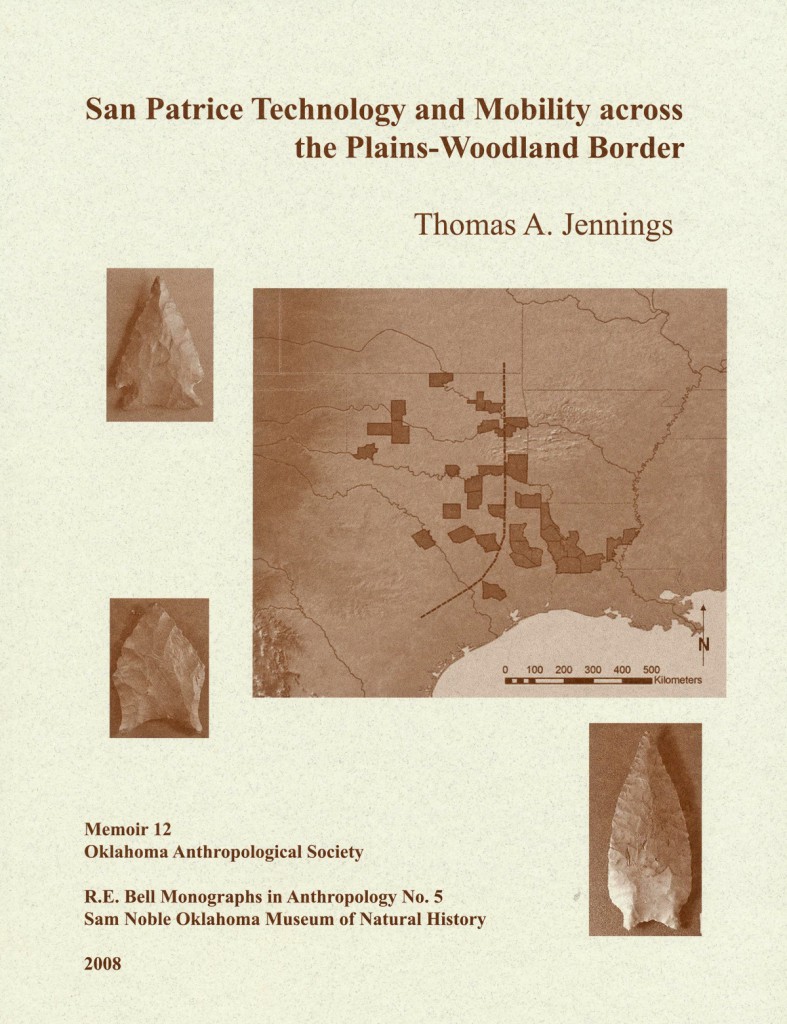 The Pleistocene-Holocene transition was a period of severe climatic change throughout North America. Responding to increasing temperature, decreasing effective moisture, and increasing seasonality, floral and faunal communities dramatically reorganized as individual species settled into their modern niches. Grasslands expanded on the Plains and southern pines came to dominate Southeastern forests. Coincident with this environmental restructuring, numerous regionally specific projectile point styles emerged on the Plains and in the Southeast. This study examines one such projectile point style, the San Patrice point. The style includes both lanceolate and notched varieties. Because the “heartland” has long been thought to lie in Louisiana and eastern Texas, previous researchers have associated San Patrice points with woodland adapted hunter-gatherers. However, in recent years, more and more San Patrice points have been found on the Southern Plains. My study investigates San Patrice point distributions and how they occur along the plains-woodland border of some 10,000 years ago. Projectile point distributions and raw material sourcing support the conclusion that San Patrice groups did maintain a significant presence on the Plains. Moreover, they adopted Plains-oriented adaptive strategies, including increased mobility, which differ from the strategies employed by San Patrice groups living in the nearby woodlands.