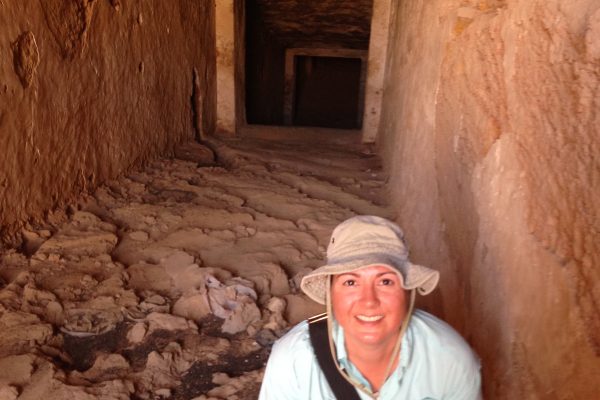 Heidi Davis is a research fellow in the archaeology division at the Sam Noble Oklahoma Museum of Natural History. She is a biological anthropologist trained in human osteology and is currently analyzing skeletal remains curated in the museum that are subject to the Native American Graves Protection and Repatriation Act (NAGPRA). Outside of this context her research focuses on the health and life history of ancient Egyptians. Davis’ methodological specialty is on work-related pathology, including patterns of fracture, osteoarthrosis, spinal trauma, injury recidivism and entheseal changes to interpret physical workloads of the past using a life history perspective. She has conducted fieldwork in Italy and Egypt and worked on forensic anthropology cases in the U.S. Additionally, she has worked continuously on human remains subject to NAGPRA since 2014 for the Arkansas Archeological Survey, the Museum Collections of the University of Arkansas and now the Sam Noble Museum, and greatly values the opportunity to contribute to the NAGPRA process.