Echinoids (sea urchins) are echinoderms. They have a globe-, heart- or disk-shaped skeleton of interlocking plates of calcium carbonate that is covered by a thin layer of skin. The mouth area is on the underside and the anus varies in position. All echinoderms have tiny tubular structures called tube feet that may act as tiny walking legs or are used in feeding or in extracting oxygen from seawater. 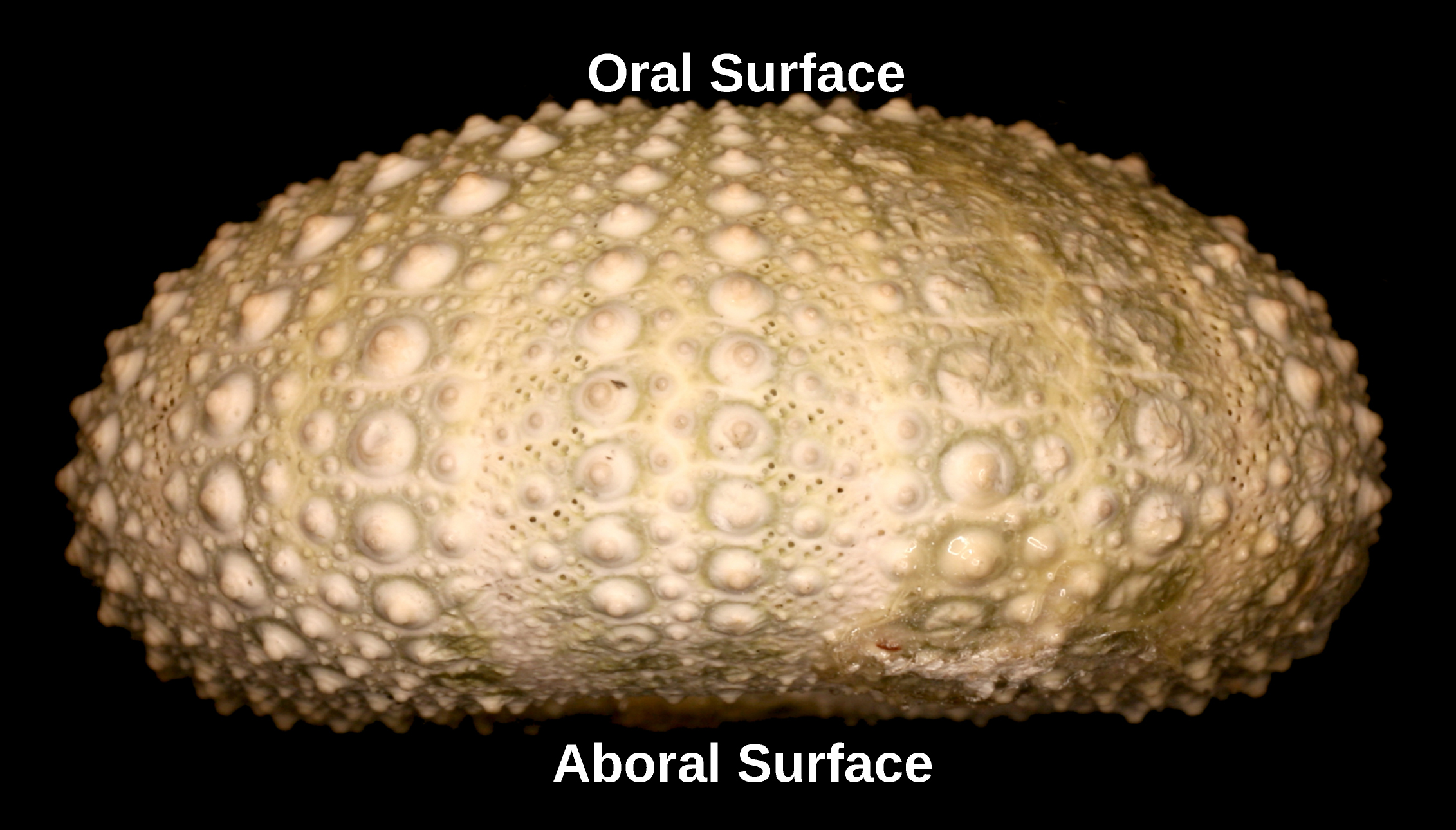 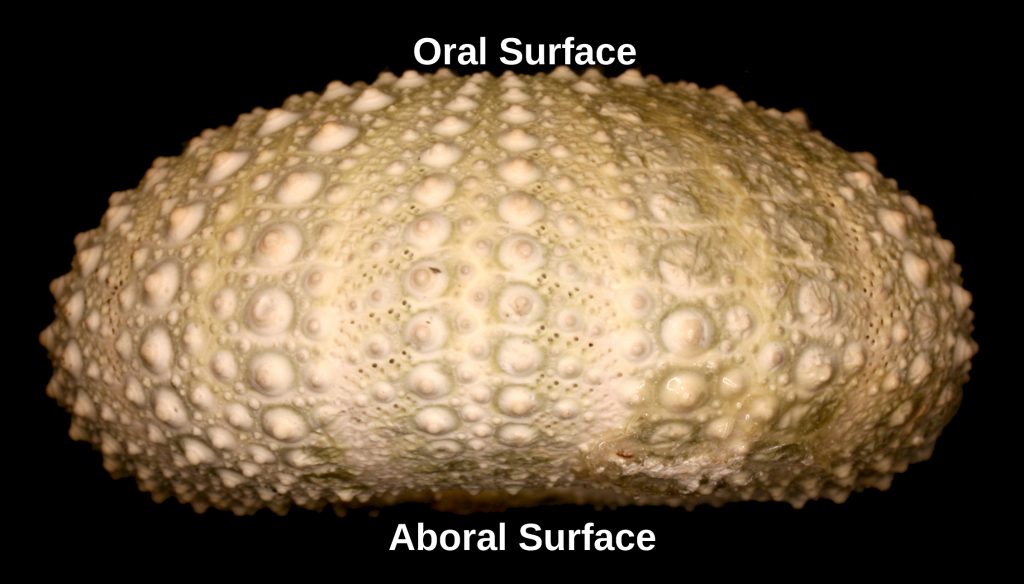 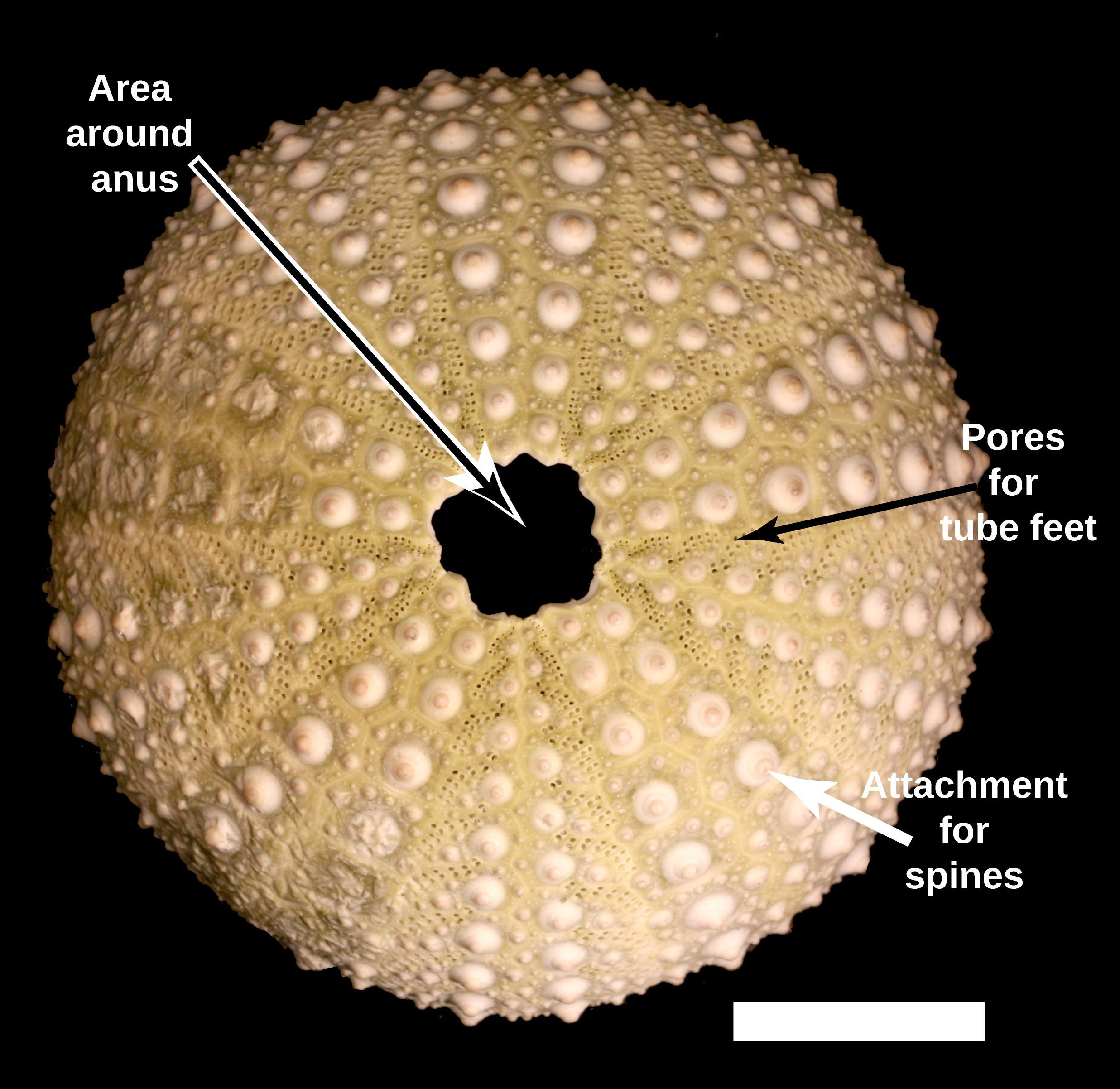 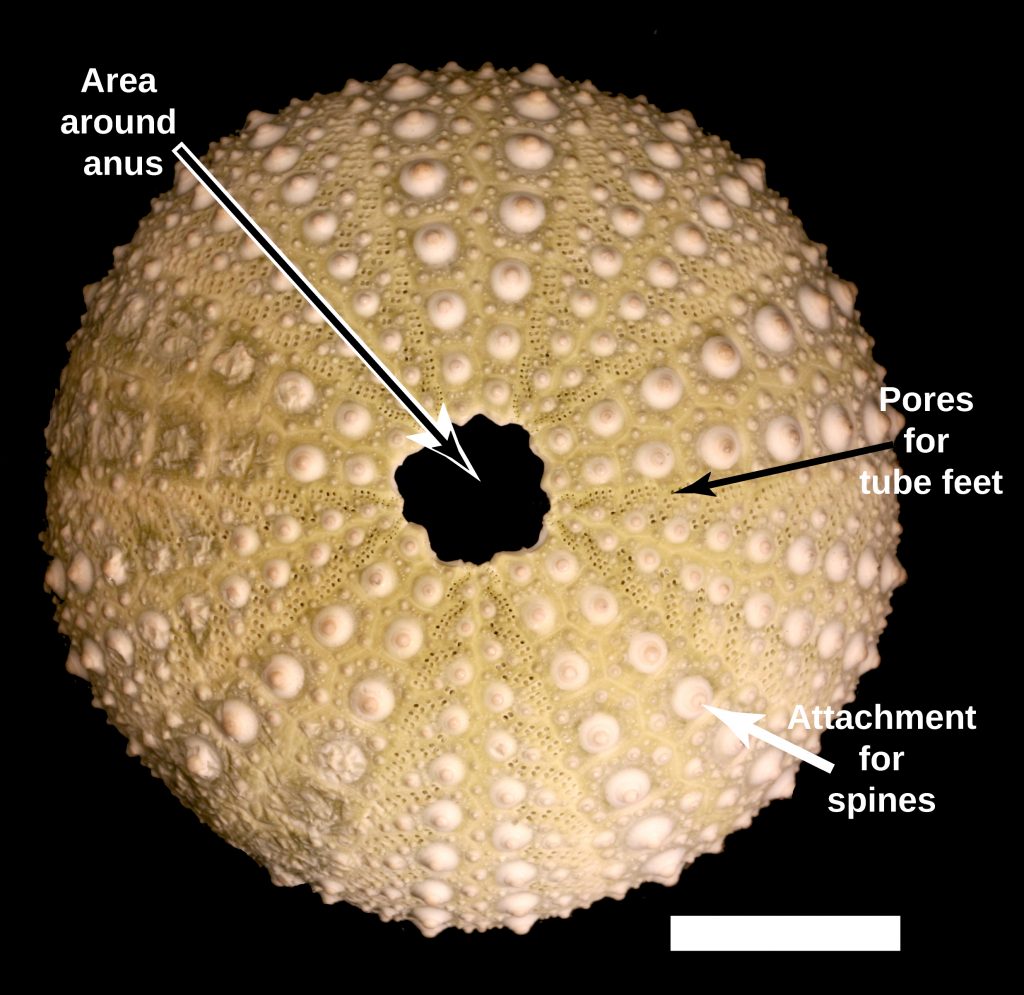 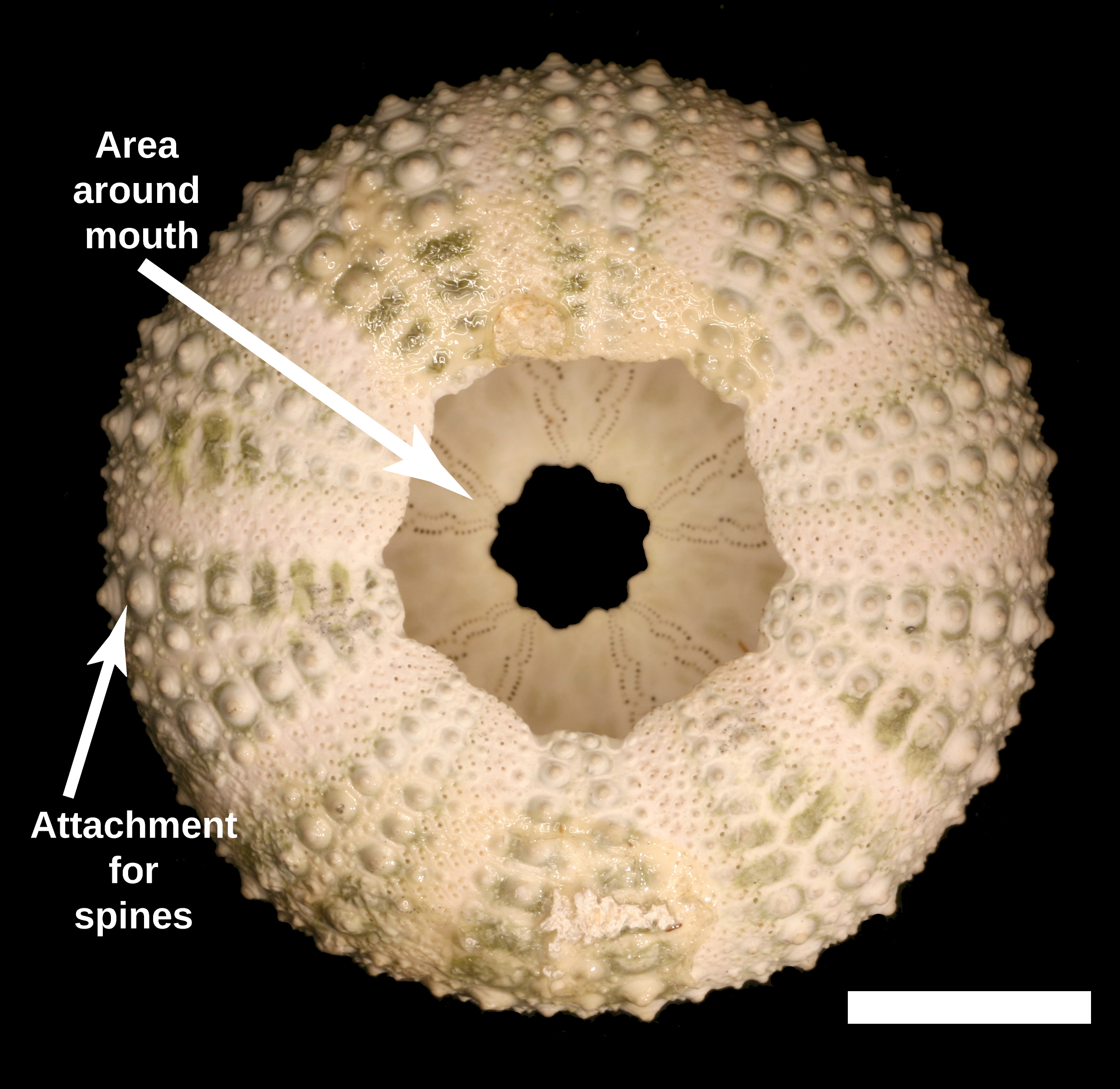 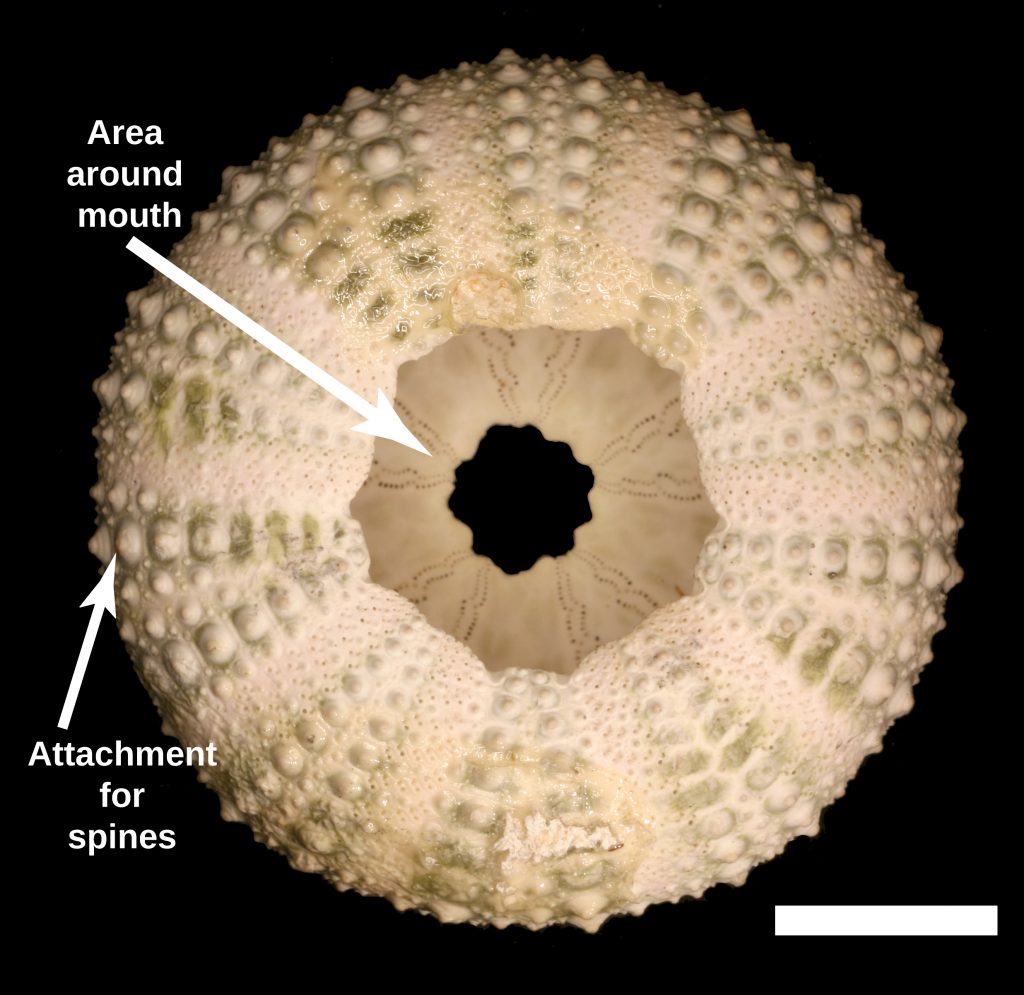 Regular echinoids have a globular skeleton shaped like a slightly squashed balloon. The mouth area is on the lower (oral) surface, and the anus is in an area on the upper (aboral) surface. Some plates have rounded knobs that are the attachment points for long spines (which fall off after death). The tube feet poke out of tiny holes (pores) in other plates. 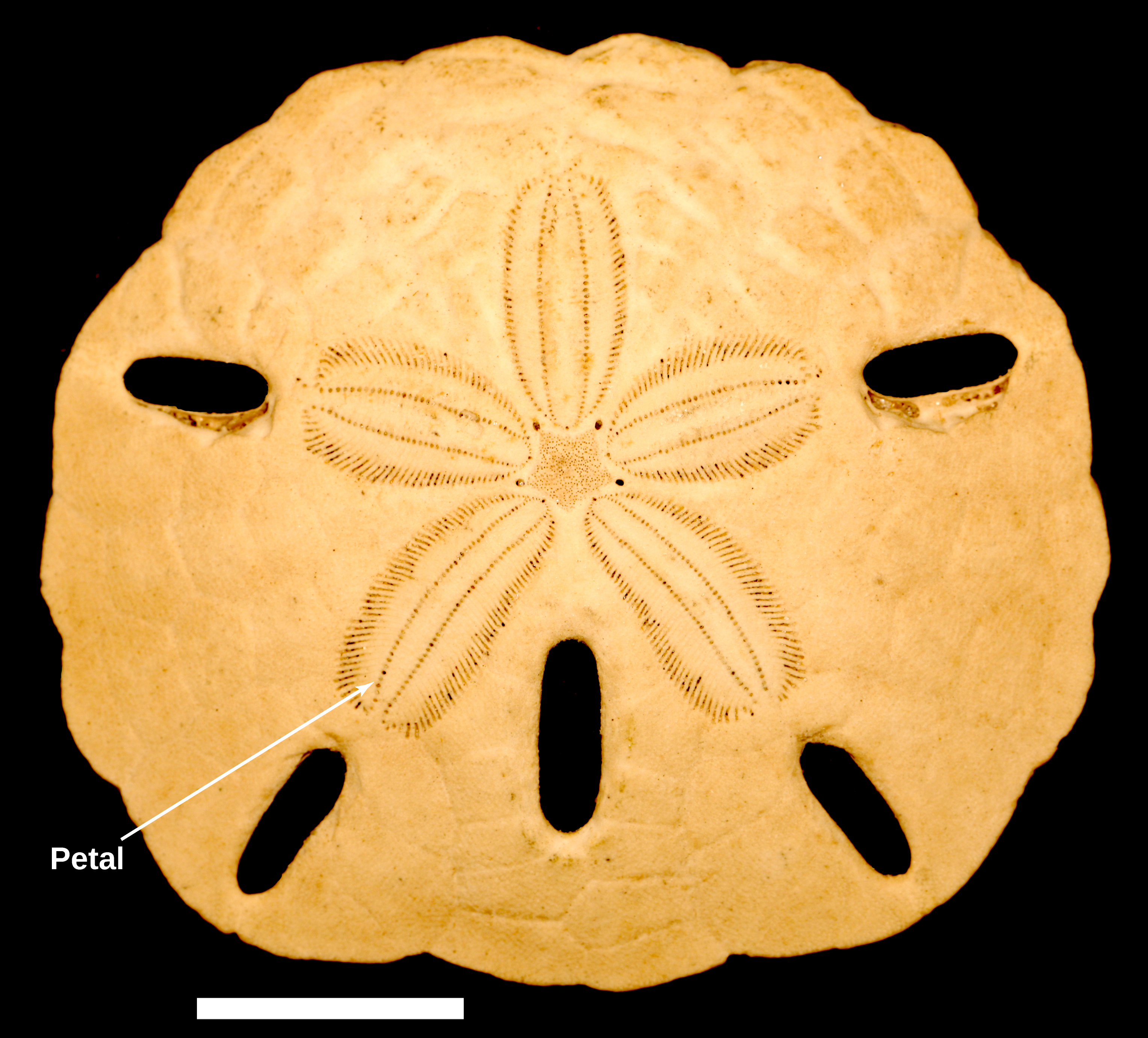 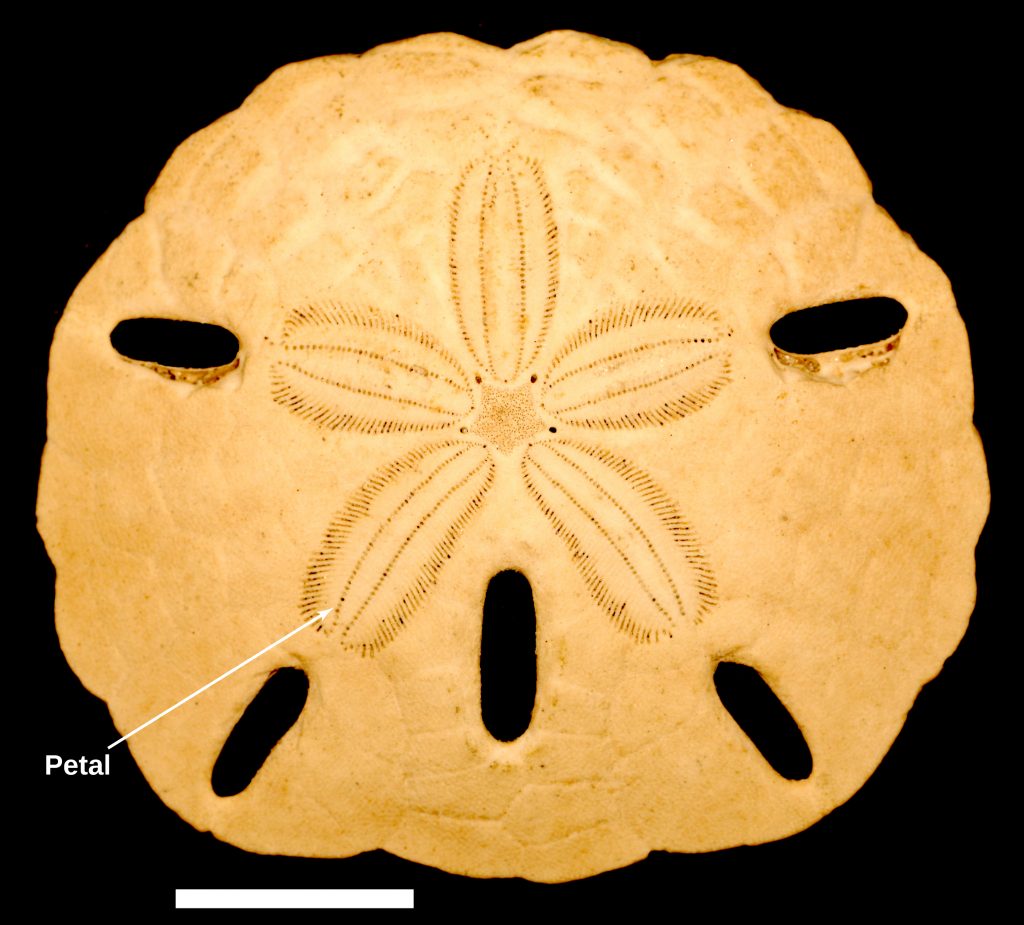 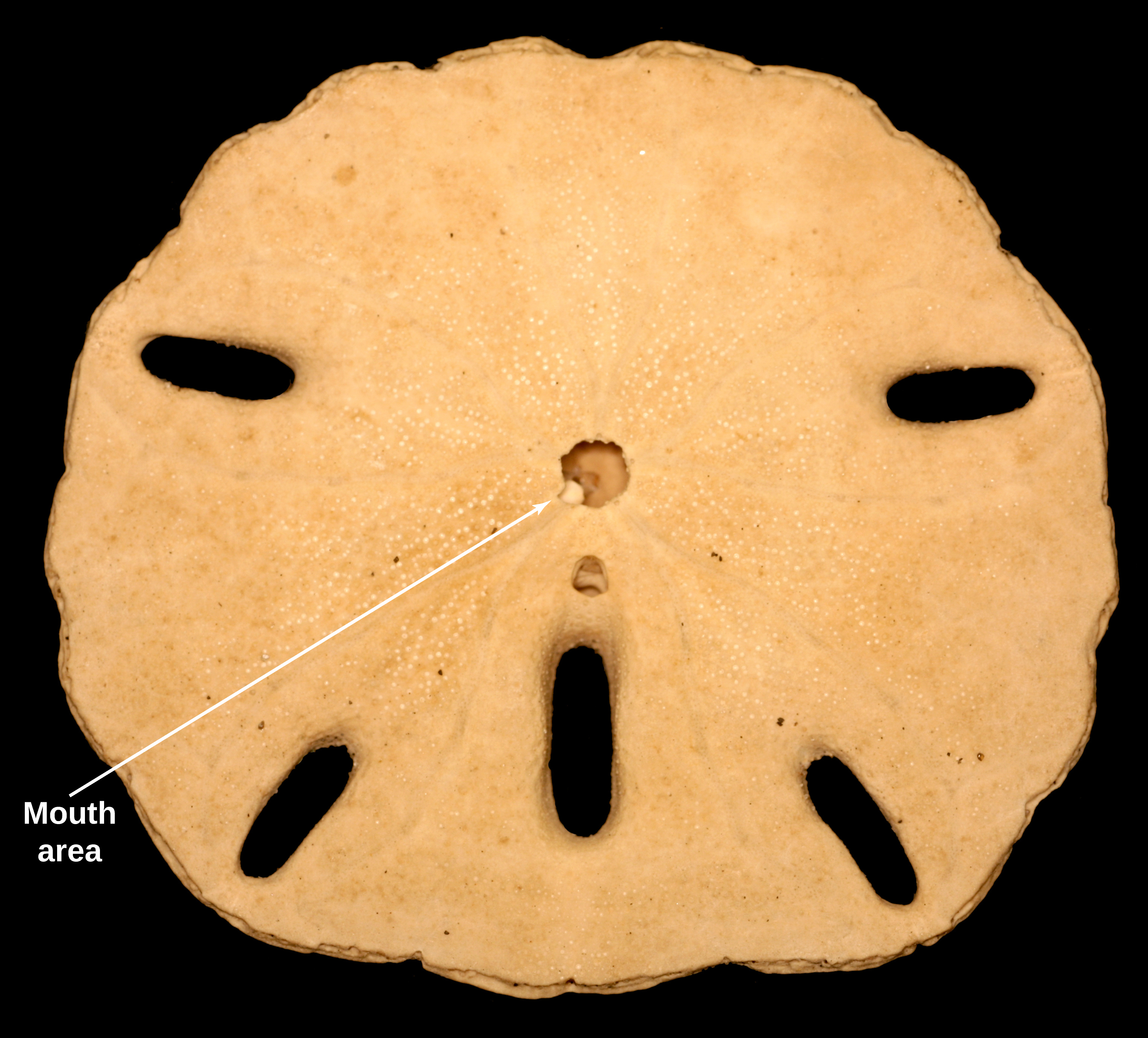 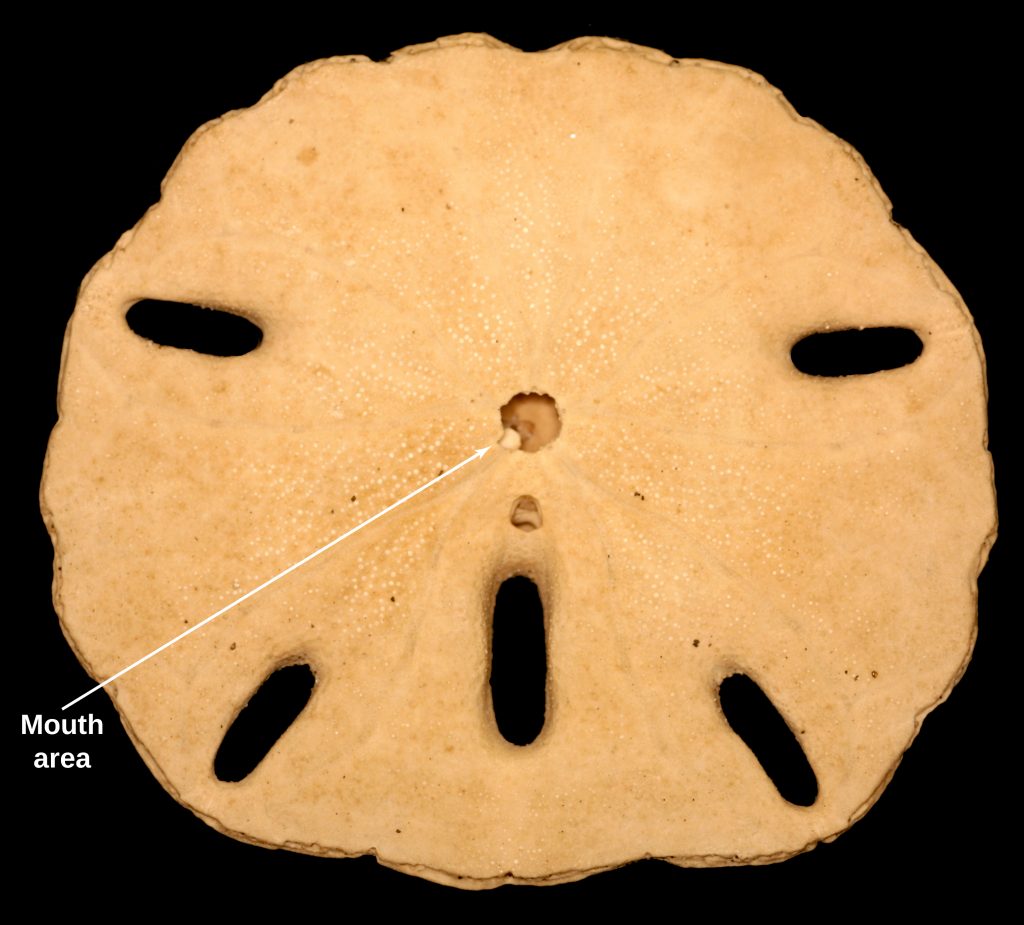 Sand dollars have a flattened, disk-shaped skeleton. The petals are five regions with pores for specialized tube feet that act as gills. The mouth is at the center of the oral surface, but the anus has shifted from the aboral surface to a position on the side of the skeleton (not visible in the photographs above). The spines (which drop off after death) are small and used in burrowing. 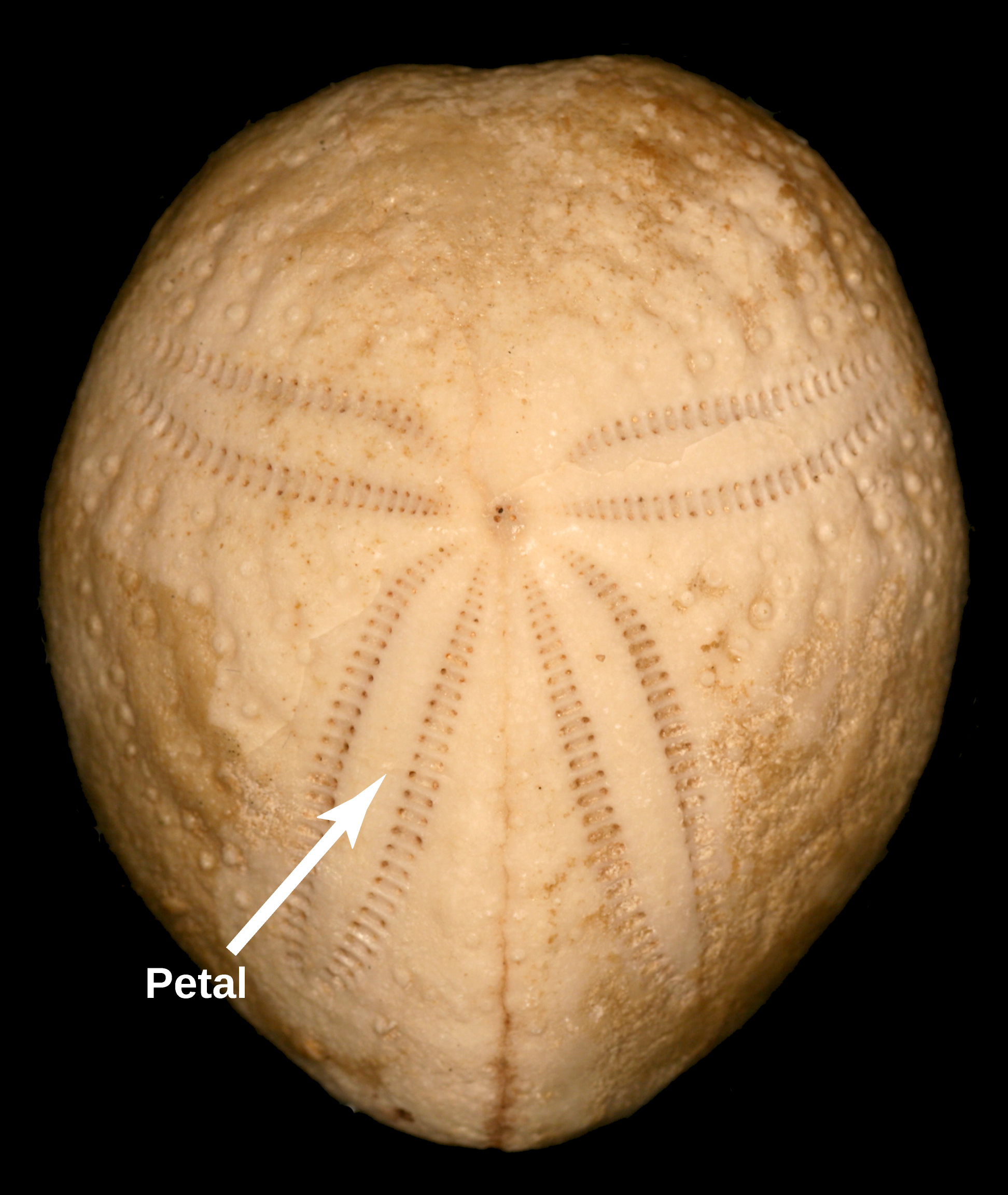 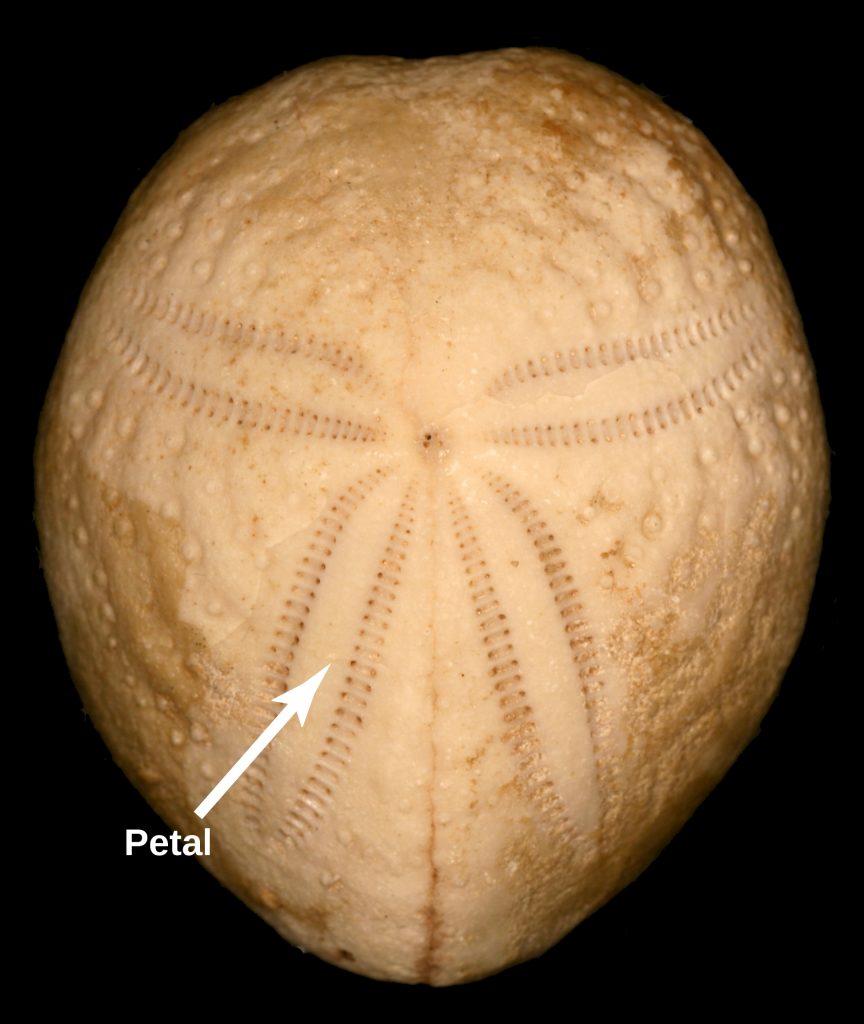 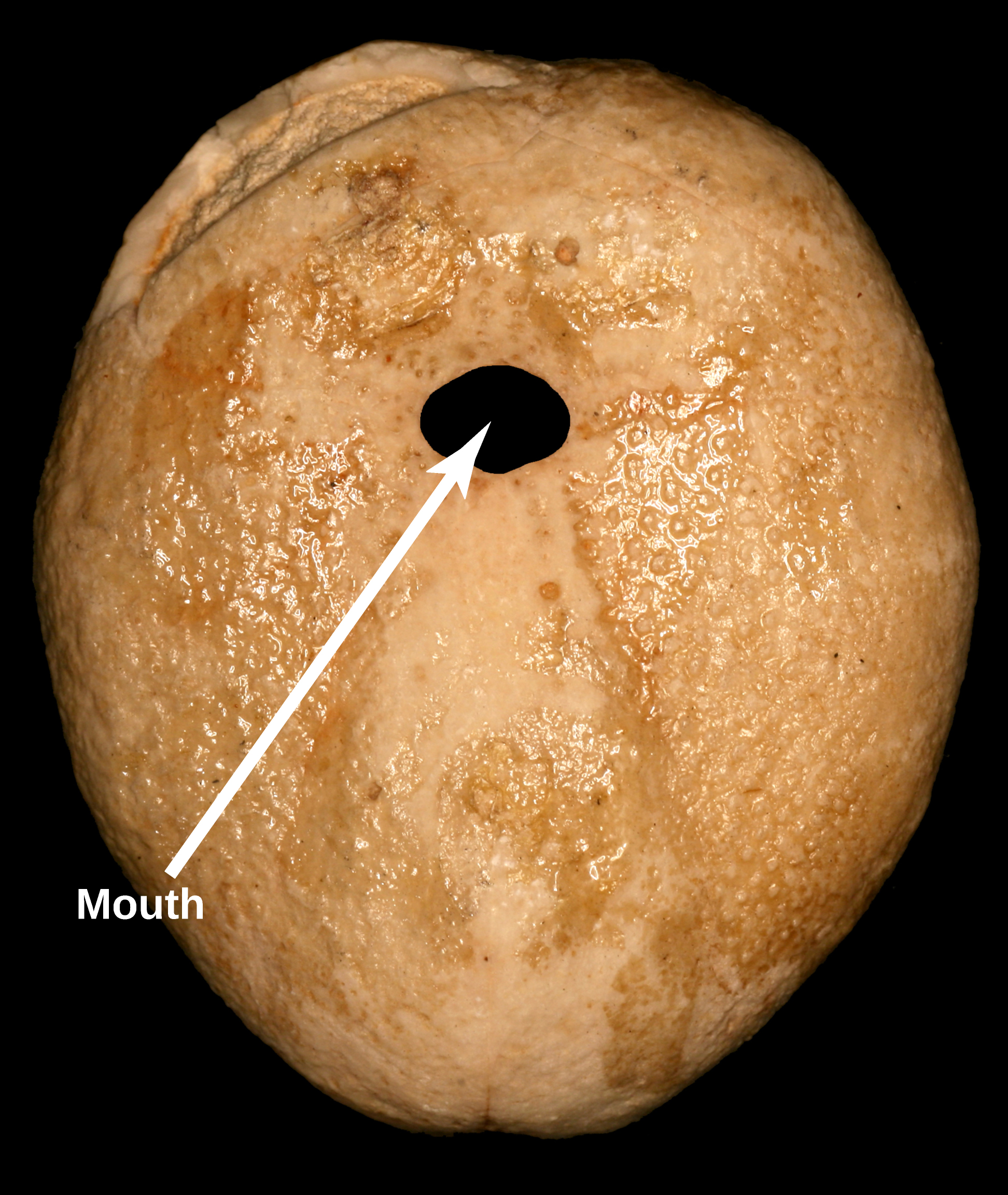 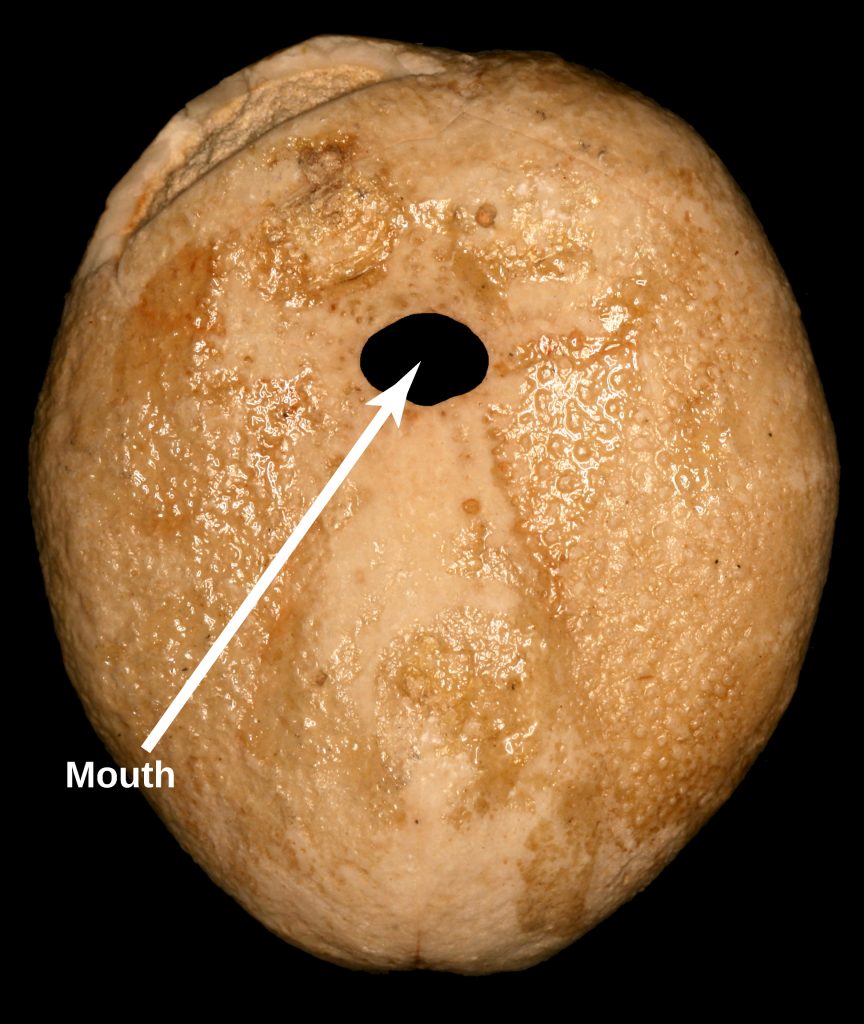 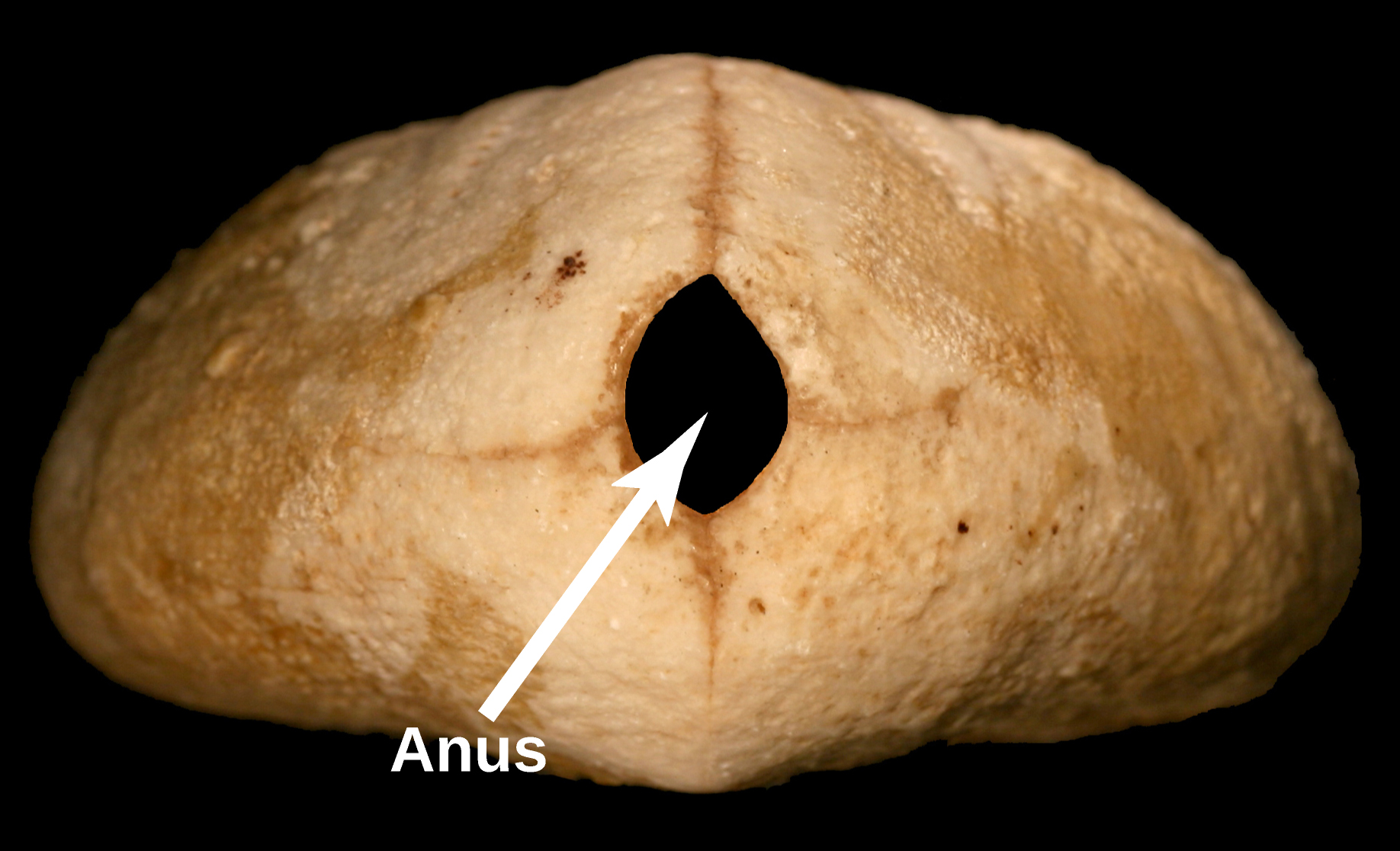 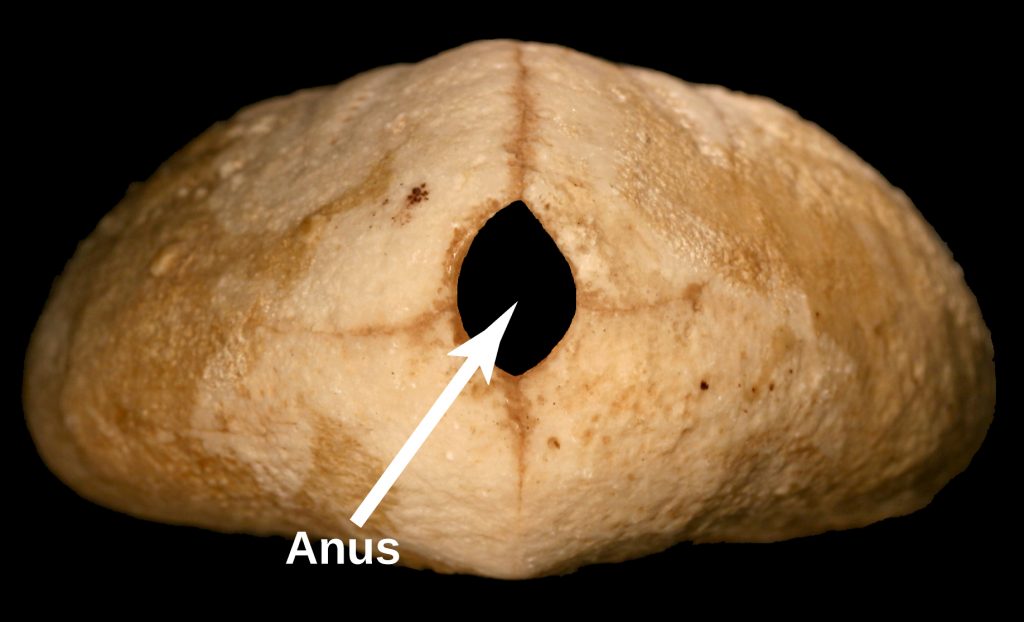 Like sand dollars, heart urchins have well-developed petals and the anus is on the side of the skeleton instead of on the aboral surface. The skeleton is covered with fine spines (which fall off after death) that are used in burrowing and for movement.

The record of echinoids goes back to the Ordovician Period (about 450 million years ago) and they are still around today.

Echinoids are rarely found in the Paleozoic rocks of Oklahoma. Heart urchins are common in the Cretaceous rocks of the southern part of the state.