Corals are cnidarians that live as polyps attached to the sea floor. Polyps of modern stony (scleractinian) corals produce a hard skeleton that is easily fossilized. Extinct rugose and tabulate corals also had hard skeletons and are commonly found as fossils. The scleractinian corals are probably descendants of the rugose corals. 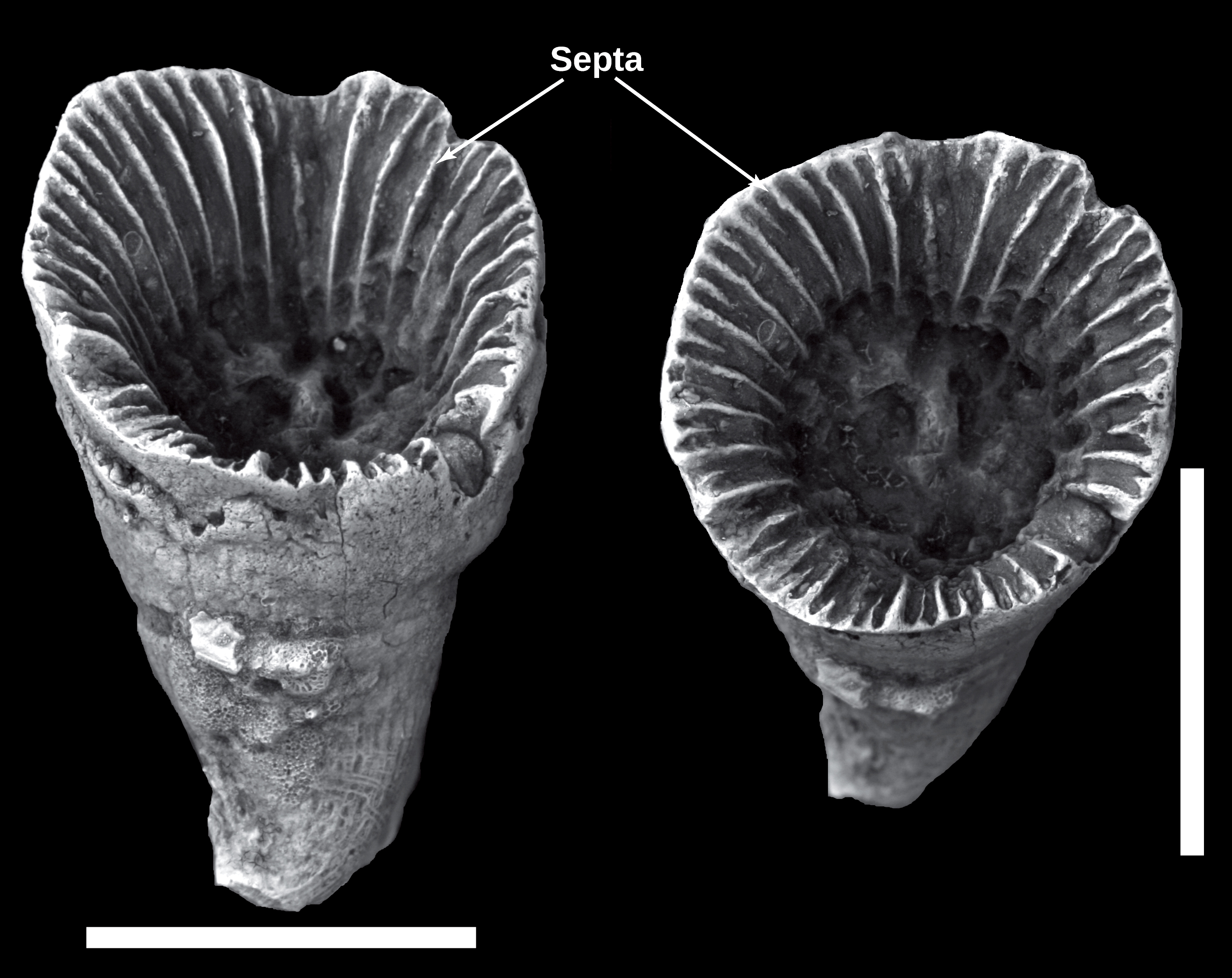 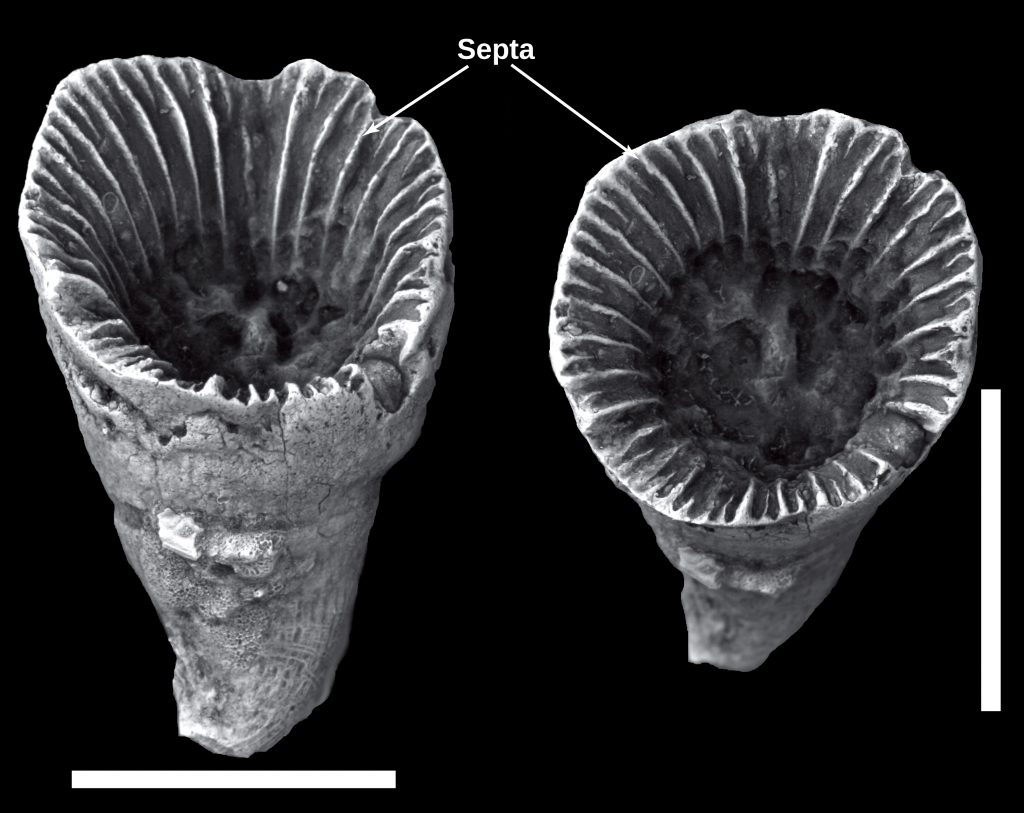 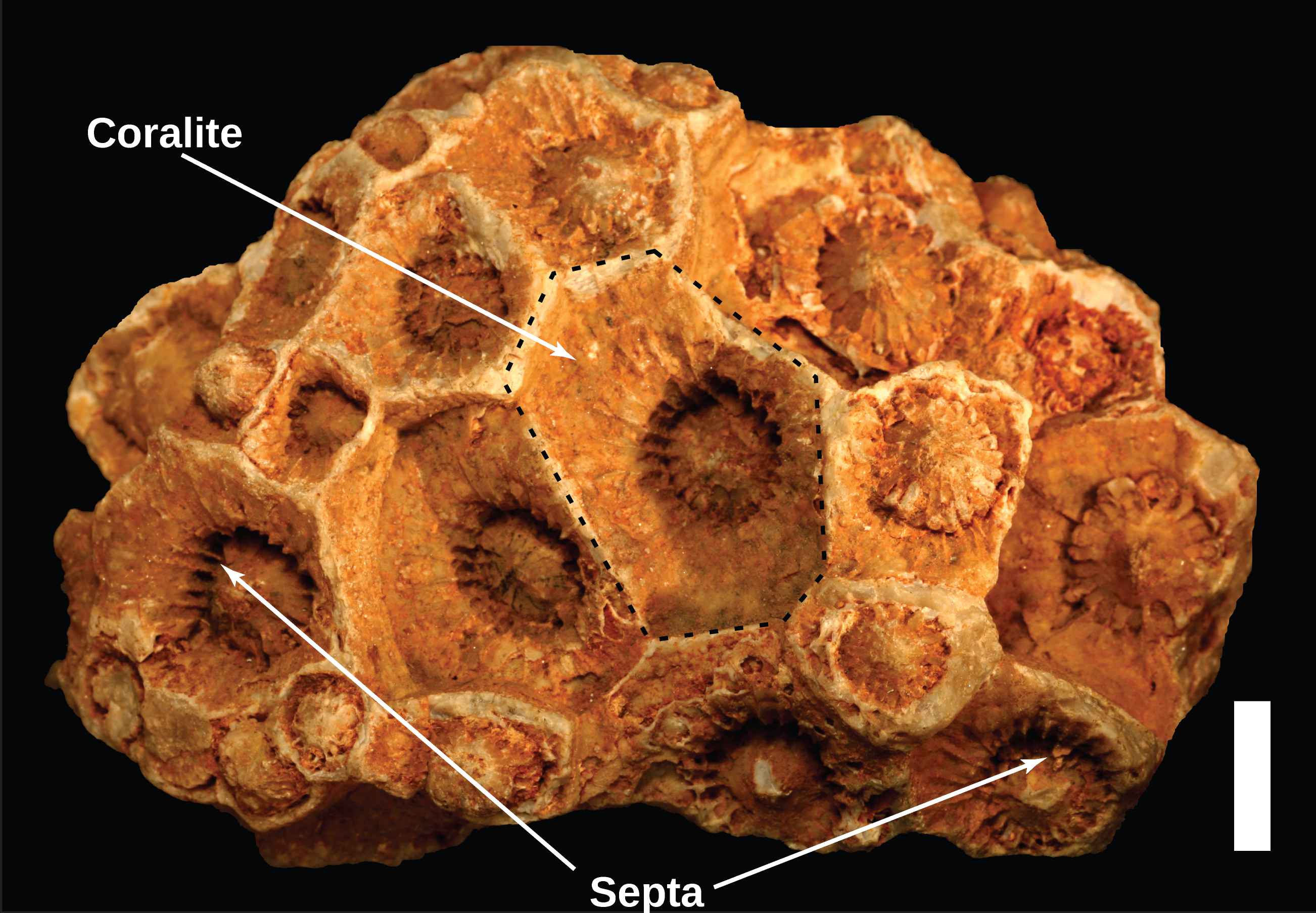 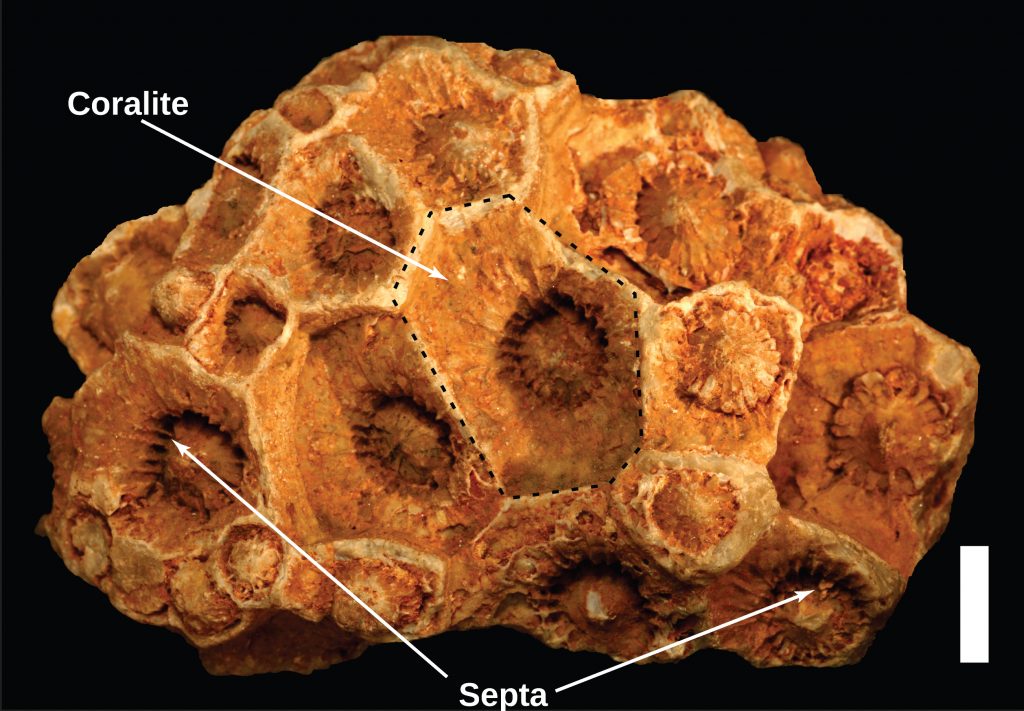 Rugose corals may be solitary (one polyp living alone) or colonial (many polyps living together). In either case, each polyp produces a large cup-shaped skeleton (coralite) with vertical (septa) and horizontal partitions to support its body. 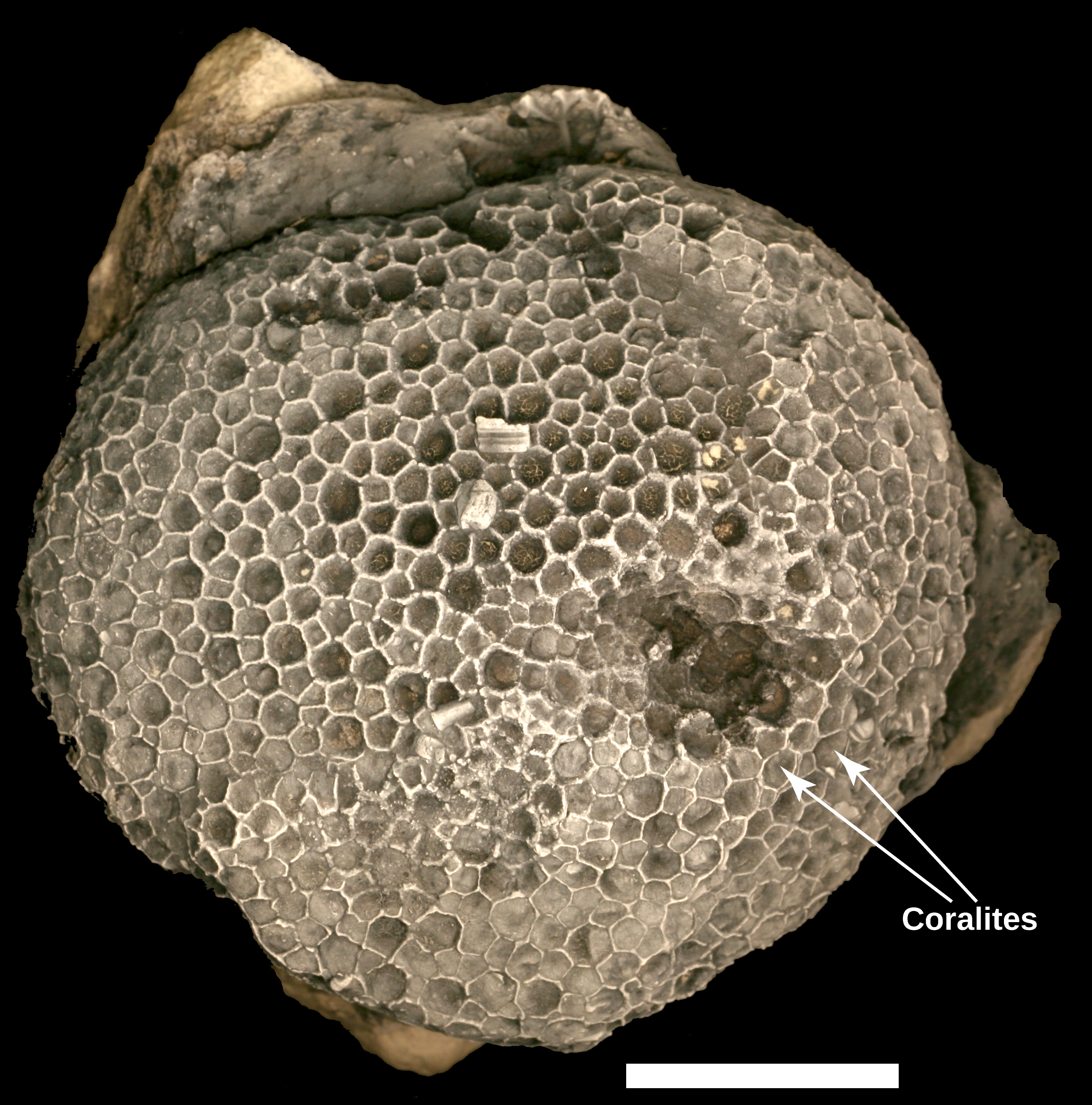 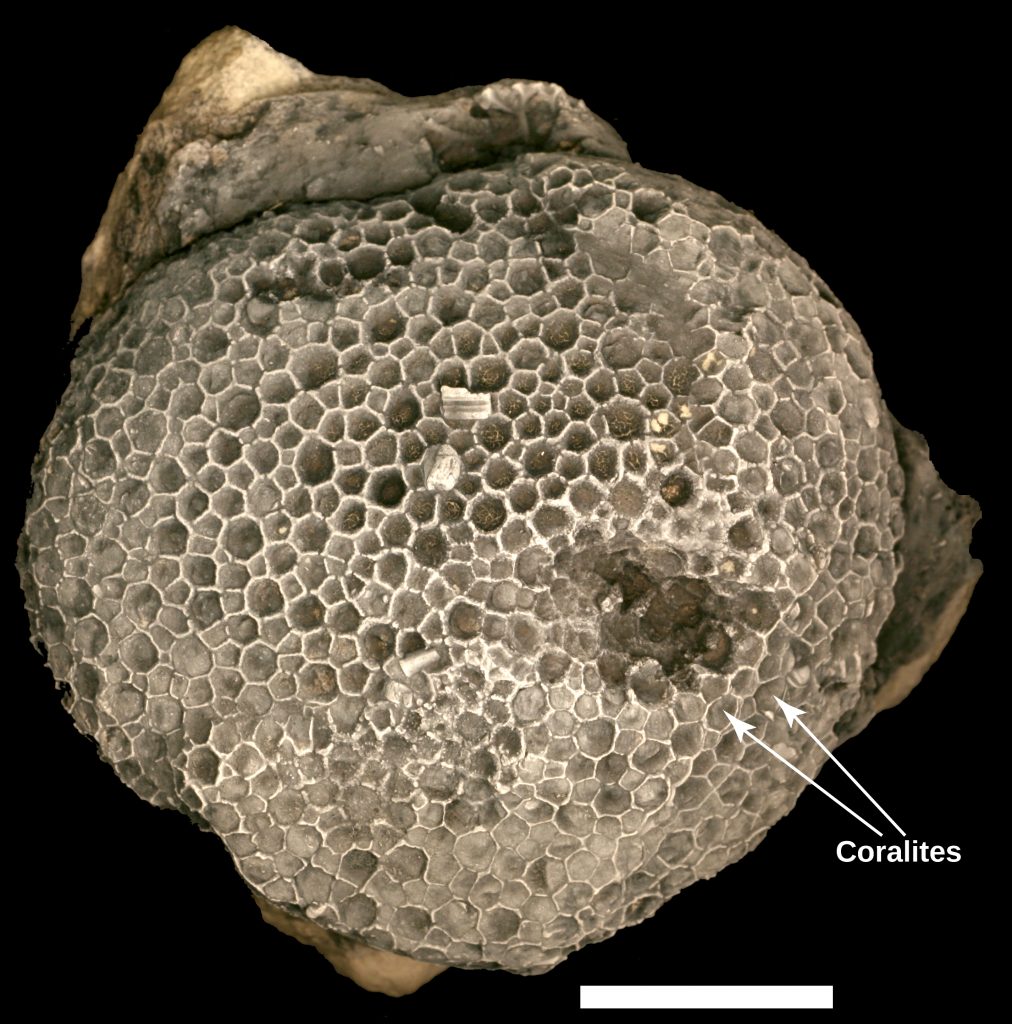 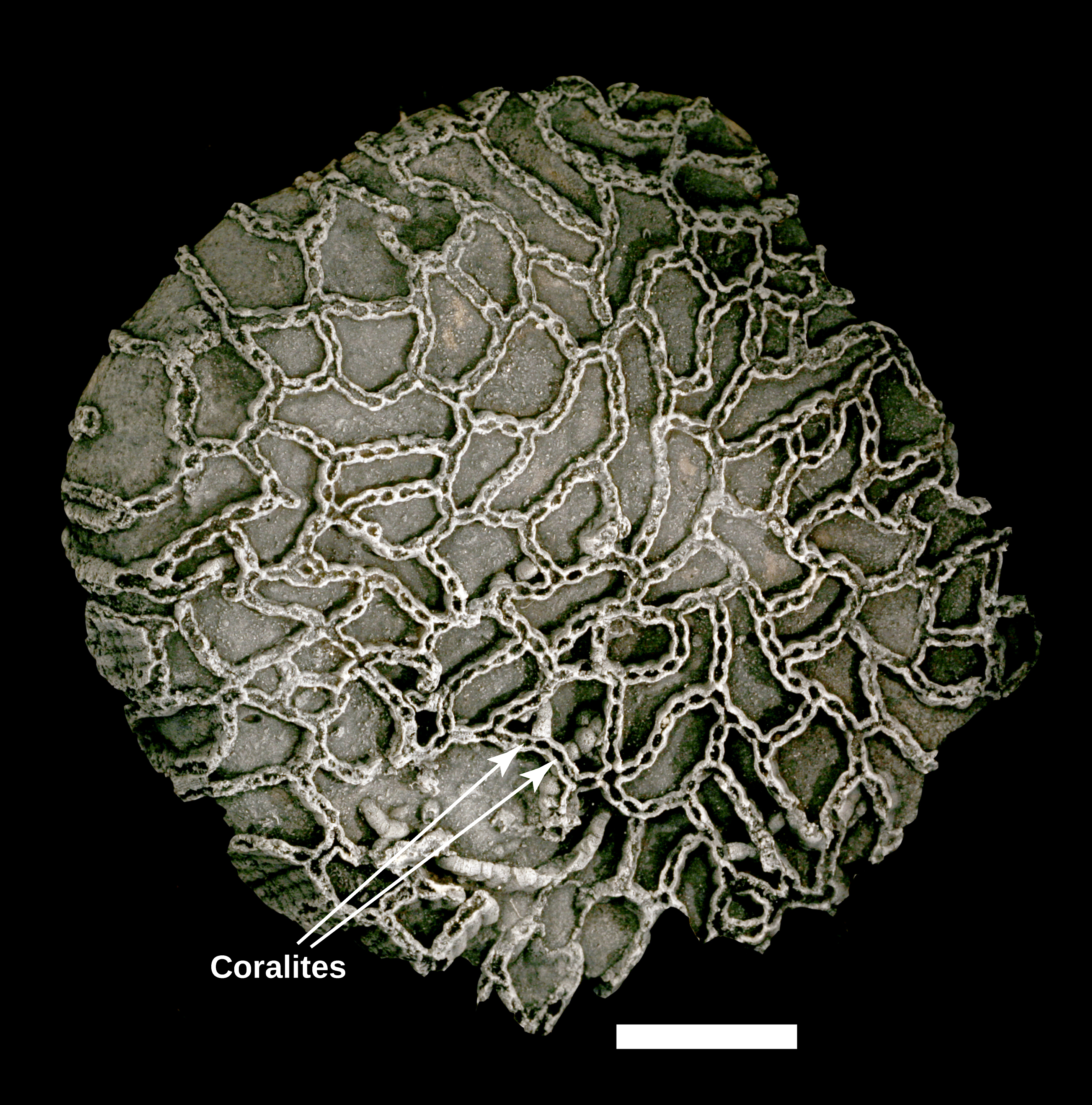 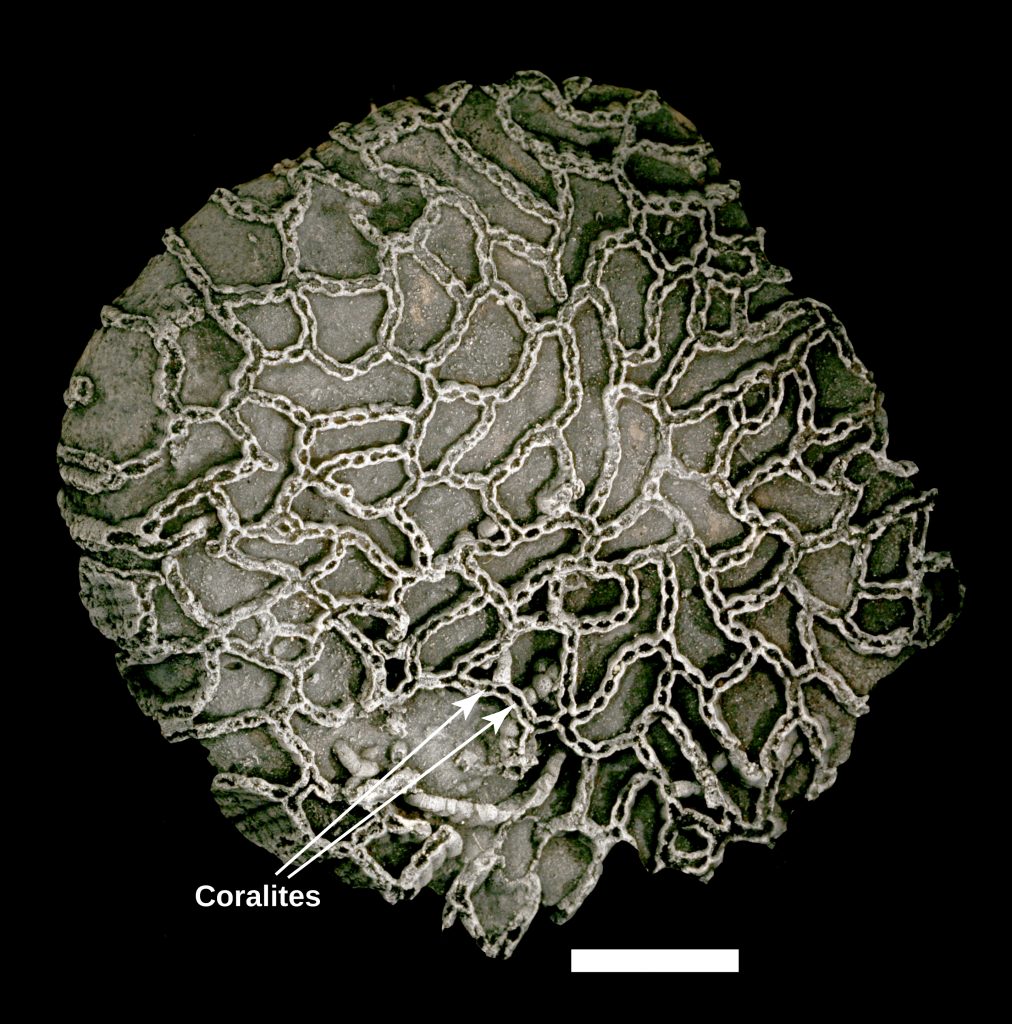 Tabulate corals are always colonial. As they have smaller coralites than rugose corals, the polyps must also have been smaller. Colony shapes vary. Favositid corals have coralites that are packed closely together. Coralites of halysitid corals are more loosely arranged, joining together like links in a chain.

Coral polyps have tentacles with stinging cells around the mouth. They are used to capture small animal prey (small invertebrates; plankton).

Today’s stony (scleractinian) corals can be found in shallow or deep water, but most species live in warm, clear, tropical seas. They are important reef builders. All of the geological evidence shows that the extinct rugose and tabulate corals also preferred shallow, tropical environments.

Corals are most common in Silurian, Devonian and Carboniferous rocks of Oklahoma.