Fossils of Oklahoma tell us about communities that lived in shallow seas that covered our state and those that lived on land millions of years ago. A community is a group of species living together in the same habitat. It includes plants that make their own food, and animals that eat plants or other animals. Plants complete with each other for light, and some animals complete for the same food. All of them compete for living space. A paleocommunity is the part of a community that is fossilized. Usually only those species with hard skeletons of shell or bone are fossilized. Paleontologists study the rocks that the fossils are found in to reconstruct the environment that the community lived in. Communities change over time as some species become extinct and new species replace them. In marine communities, the number of predators has increased over time, and this has led to evolutionary changes in the adaptations of other species present. Communities that lived in the shallow seas of Oklahoma during the Cambrian Period are quite different from those of the Cretaceous Period. In terrestrial communities, plants increase in size and new features evolve as they adapt to changes in climate, changes in animals (including herbivores), and changes in other plants (competition). Communities that lived during the Silurian and Early Devonian Periods are very different from those that lived during the Permian Period (when plants with seeds began to take over) and from those that are alive today (when the one group of seed plant that we call “flowering plants” is abundant). 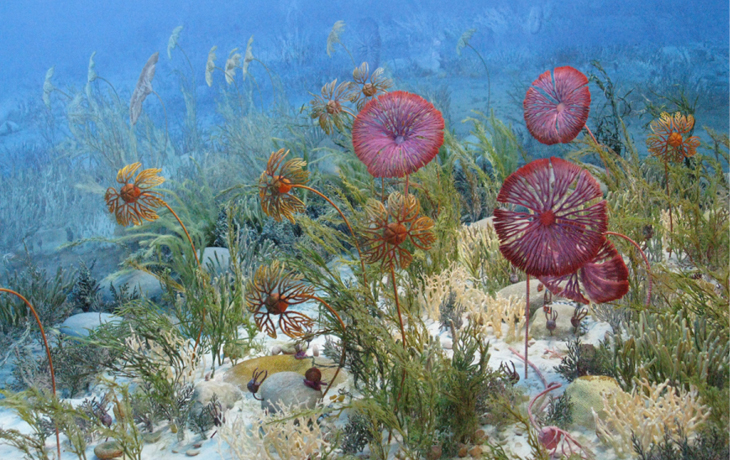 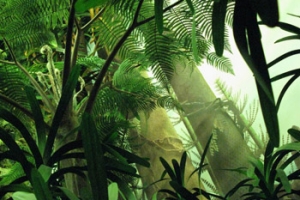